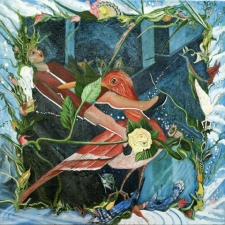 The Bystanders
2008
Oil on Canvs 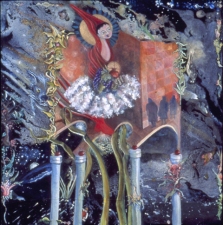 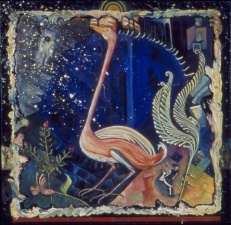 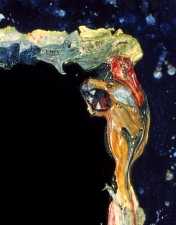 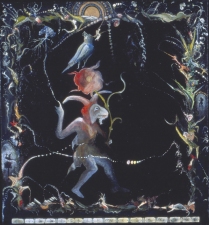 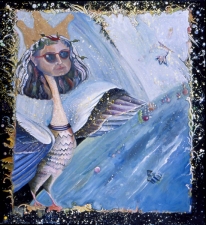 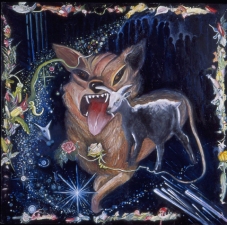 Song of a Goat and the Armenian Genocide, 2005

What response can be adequate to the horror of genocide? “Song of a Goat” belongs to a series of paintings reinterpreting the Armenian manuscript tradition in the light of events of our age. The border of the painting revisits traditional manuscript decoration in an exuberant play of pigment and gesso, plant and animal forms. From this border emerges, the central tableaux: the goat, charged with associations from many traditions, biblical, classical and folk is menaced by a gigantic beast, hybrid in form but terrible and unmistakable in its intent. Can this adequately represent genocide? Possibly not; but I feel that far from trivializing genocide, art in its power and ambiguity may be the only medium in which I can express, even two generations removed, the overwhelming visceral response to an immense tragedy that is also, despite the denials of its perpetrators, indisputable historical fact.